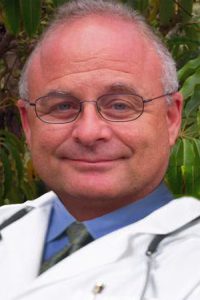 Get to know the man in the white jacket!

The family moved to the San Gabriel Valley where Tom and his sister attended most if their school years. Tom graduated from UCLA in 1981 – the same year he met his bride, Diane….the luckiest and best thing that ever happened to him.

Tom enjoyed a successful career at Builder’s Emporium for 17 years, until the company closed it’s doors after the new decade. Being a very social man, he still misses the people, the work and the industry from those days.

Tom and Diane and have lived in San Clemente since 1995.  They have three adult children launched!  Entering the “empty nest” phase.  Tom and Diane are really home-body folks.  They enjoy traveling by car around California. They have a goal of seeing all of the Missions.  Tom would love to get to every Major League Ballpark some day.

Having the need to change careers in 2001, Tom placed all his focus on the mortgage business…September 10, 2001 as matter of fact was his first loan!!! He has since written hundreds of loans, made tons of friends out of clients with his understanding of the process and ability to guide one through the obstacles – and has put roofs over Orange County’s head for over 20 years!